National Pulse reporting on McCammond’s Native American costume at a Halloween party followed a host of “anti-Asian and homophobic” tweets from McCammond, formerly a reporter at Axios.

As The New York Times describes, company executives weren’t aware of the image until publication by a “right-wing website” – The National Pulse:

Although the company was aware of the racist tweets, it did not know about the homophobic tweets or a photo, also from 2011, that was recently published by a right-wing website showing her in Native American costume at a Halloween party, the executive said. The vetting process did not turn up the additional material because it had been deleted, the executive added.
McCammond tweeted the following statement explaining her decision to “part ways” with Teen Vogue’s publisher Conde Nast: 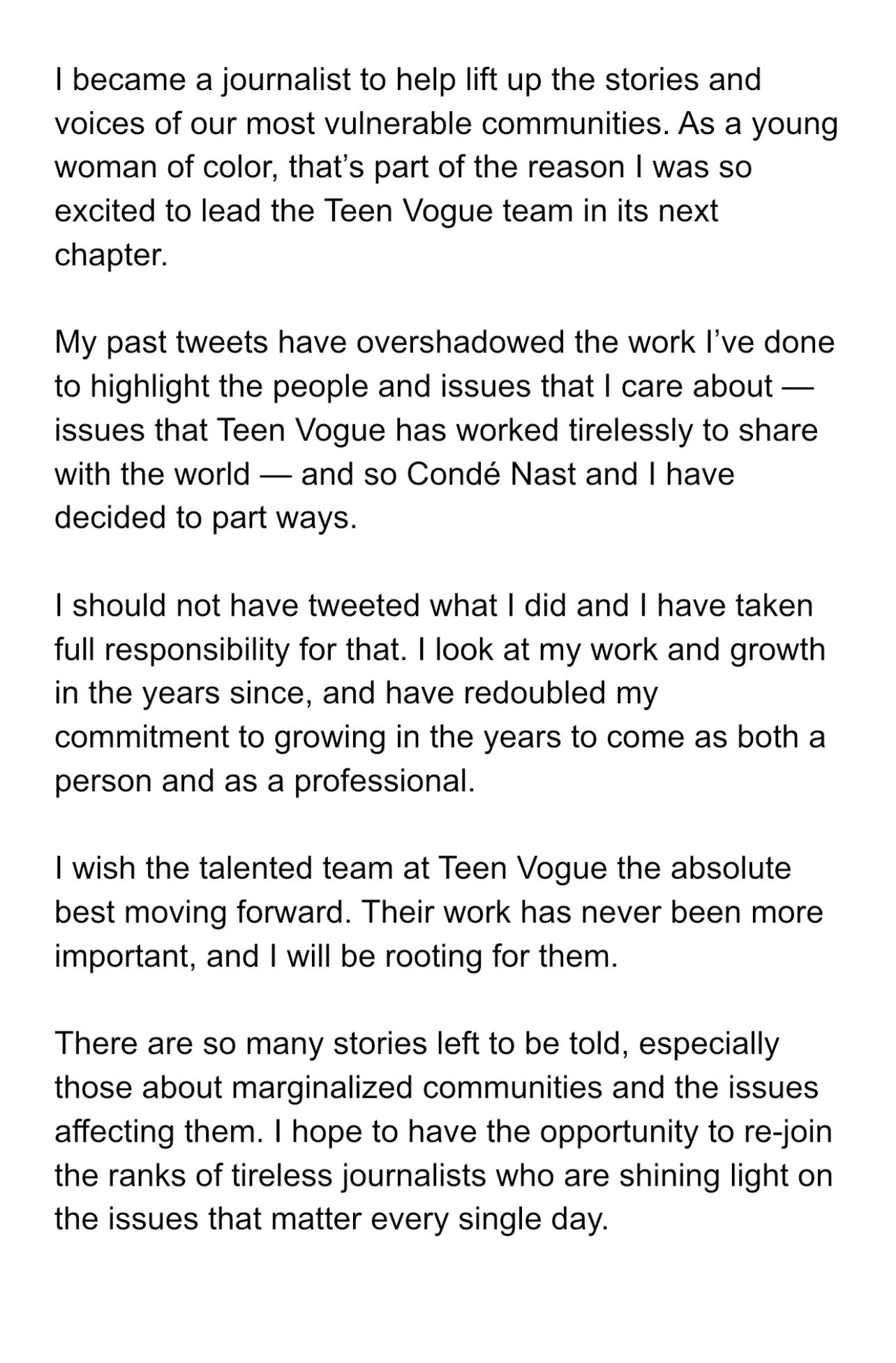