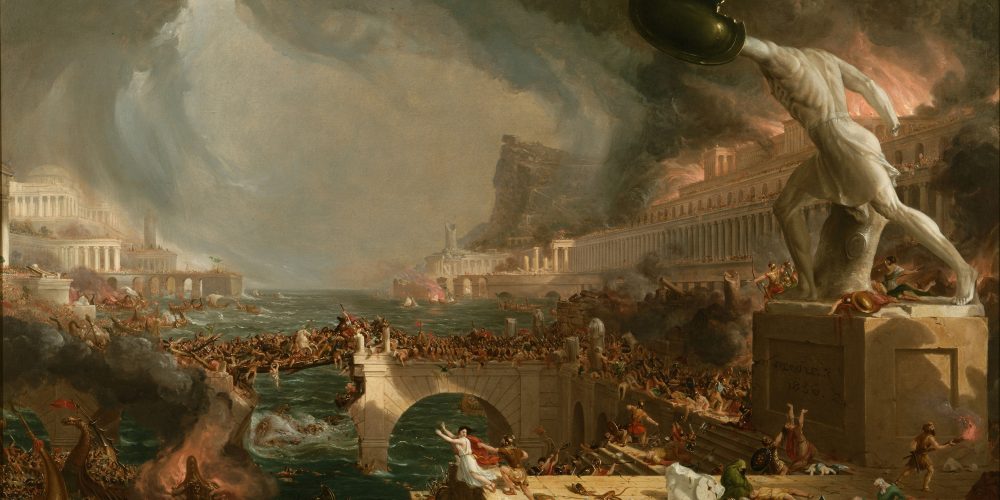 Are We Living in the Fourth Turning?

The Chinese coronavirus has demanded the full attention and resources of America and the world at large, resulting in a time of great instability and crisis. This time of great crisis looks an awful lot like William Strauss (1947-2007) and Neil Howe’s seasonal crisis period foretold in their book The Fourth Turning.

For those not familiar with their work, the book demonstrates with compelling evidence that history, and particularly Anglo-American history, has occurred in cycles—or seasons.

The writers predict, based upon the traceable “rhythms of modern history,” that “sometime before the year 2025, America will pass through a great gate in history, commensurate with the American Revolution, Civil War, and twin emergencies of the Great Depression and World War II.”

The book, published in 1997, claims that “[h]istory is seasonal, and winter is coming.”

This time of wintery crisis the authors label a Fourth Turning is not necessarily one event, but rather a period of time.

An argument could be made that the current season of crisis began with September 11th, 2001, or even the 2008 economic crash.  These two events caused exponential instability in America and around the world, just as we are experiencing today.

The effects of the virus have been unprecedented and have not been limited to the fields of health and medicine. The Chinese coronavirus has upended national and global matters such as travel, economics, supply chains, and geopolitics. The virus has required massive shutdowns and unprecedented economic relief. This has led many to compare our present reality with perilous times of seasons past.

U.N. Secretary António Guterres warned that “[t]he current coronavirus outbreak is the biggest challenge for the world since World War Two,” as reported by BBC News.

World War II just so happened to be America’s last Fourth Turning, according to Strauss and Howe. The point is bigger than merely marking the epoch in which this virus is occurring.

Perhaps, as Strauss and Howe demonstrate, past and current seasons of history offer clues to where we, as a nation and a world, may be headed.

According to the authors, a Fourth Turning leads to a time of renewal, or a “high,” just as winter leads to spring. The time which follows a crisis occurs “when a new civic order implants and the old values regime decays.”

So while our country and others contend with the risks, questions, and fallout related to the virus, it is wise to acknowledge the potential for societal and global restructuring to be happening in the background.

There is the potential for such shifts to come in both big and small ways.

For instance, there is a growing trend against the use of traditional banknotes. This would enhance the possibility of future digital currencies—saying nothing about what will be left of the economies in which a potential digital currency would be used.

Additionally, world powers are not sitting idle while most of the world is being told to stay at home.

An Executive Summary released by the U.S. Department of State indicated concern that, “China may be conducting small nuclear tests in secret.”

Additionally, Iran just launched a military satellite and the leadership situation within the North Korean dictatorship is, at present, uncertain. These and countless other reports highlight the reality for potential geopolitical disaster.

The authors of The Fourth Turning point out that “[h]istory’s howling storms can bring out the worst and best in a society.”

We may indeed be living in what Strauss and Howe refer to as a Fourth Turning. Whether or not this is true, one thing is for sure: we need 2020 vision.

As the authors quote in preface to The Fourth Turning: “That which hath been is now; and that which is to be hath already been; and God requireth that which is past.” (Ecclesiastes 3:15)