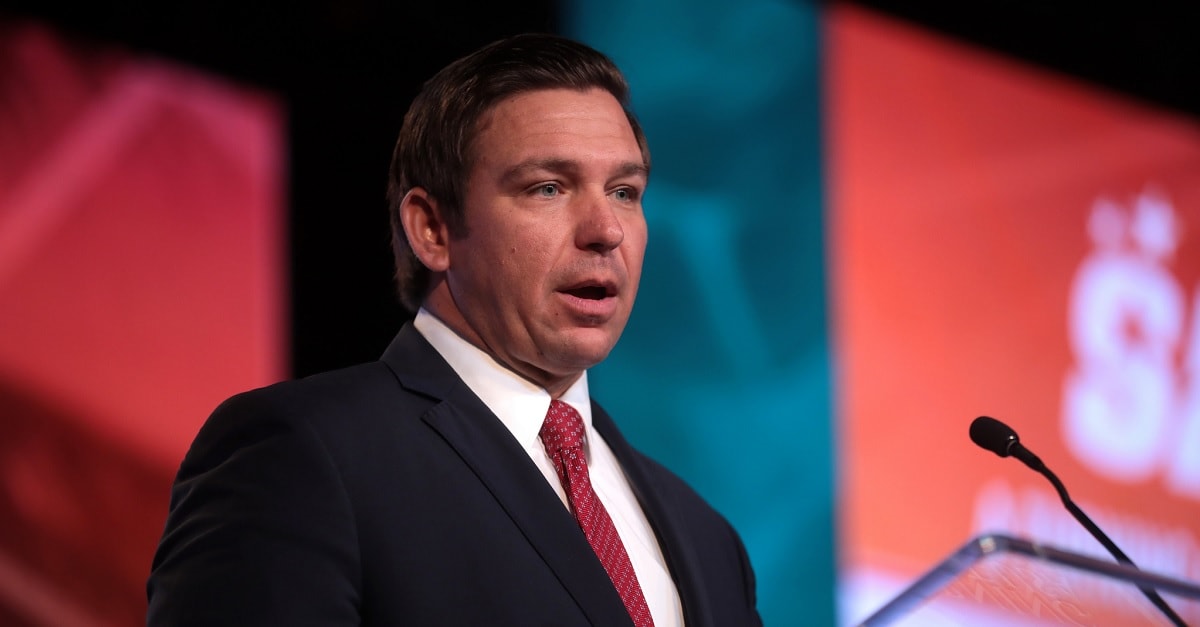 Here is further reporting by one of the local television stations at the press conference, which I was privileged to attend:

There has been concern expressed among activists that this may be another attempt to rebrand Common Core, as done under the Rick Scott administration and in multiple other states. And frankly, Florida activists were concerned about DeSantis’ change from speaking of “getting rid of Common Core” to merely doing a “review” during his general election campaign, suspecting that the reigning pro-Common Core political establishment was hijacking the governor’s conservative instinct.

However, it is highly significant that Education Commissioner Richard Corcoran admitted the standards under the previous administration were Common Core rebranded. I believe that if the DeSantis administration were merely pursuing another rebrand effort, they could have just gone along with the well-worn but false claim that Common Core was already gone from this state.

The other piece of evidence that leads me to believe this is a genuine and well-intended effort is that there has been absolute media silence about the effort to get rid of Common Core from Jeb Bush’s very pro-Common Core foundations.

All of that is not to say that this year-long effort will be easy or that the outcome is assured. Despite Governor DeSantis’ longstanding opposition to Common Core and his understanding of the federal government’s over-involvement in education — as evidenced by his very wise “no” vote on the Every Student Succeeds Act (ESSA) — he will still have to fight the strong headwinds of federal mandates in ESSA, the corporate-government career and technical education push with competency-based education, and the attendant data mining and personality profiling.

As I stated to the Orlando Sentinel:

Karen Effrem, executive director of the Florida Stop Common Core Coalition, said in an email her group was “thrilled with Governor DeSantis’ great efforts to keep his campaign promise and finally listen to the frustrations of parents.”

But she said she expected such a change won’t be easy. “We also know that he will be up against a very entrenched corporate and political establishment that is very much in favor of keeping these standards. So we look forward to helping him fight that battle,” she wrote.

We will need to engage as meetings are held across the state and bring in experts such as Sandra Stotsky, James Milgram, Ze’ev Wurman, and Duke Pesta on standards and Ted Rebarber on testing to marshal the resources and develop truly great academic standards and tests that are not just streamlined to embedded assessments on the computer. Florida and America need real knowledge- and content-based assessments, as locally derived as possible, that will help our students know how to maintain our republic and choose their own destiny.

For now, in addition to Governor DeSantis, the parent and grandparent activists across Florida and the nation deserve great credit and thanks for not giving up during this enormous, protracted David-and-Goliath battle. Please gear up for the next phase of this long war. Our children and our nation need you to continue the legacy of our Founders. Stay tuned!