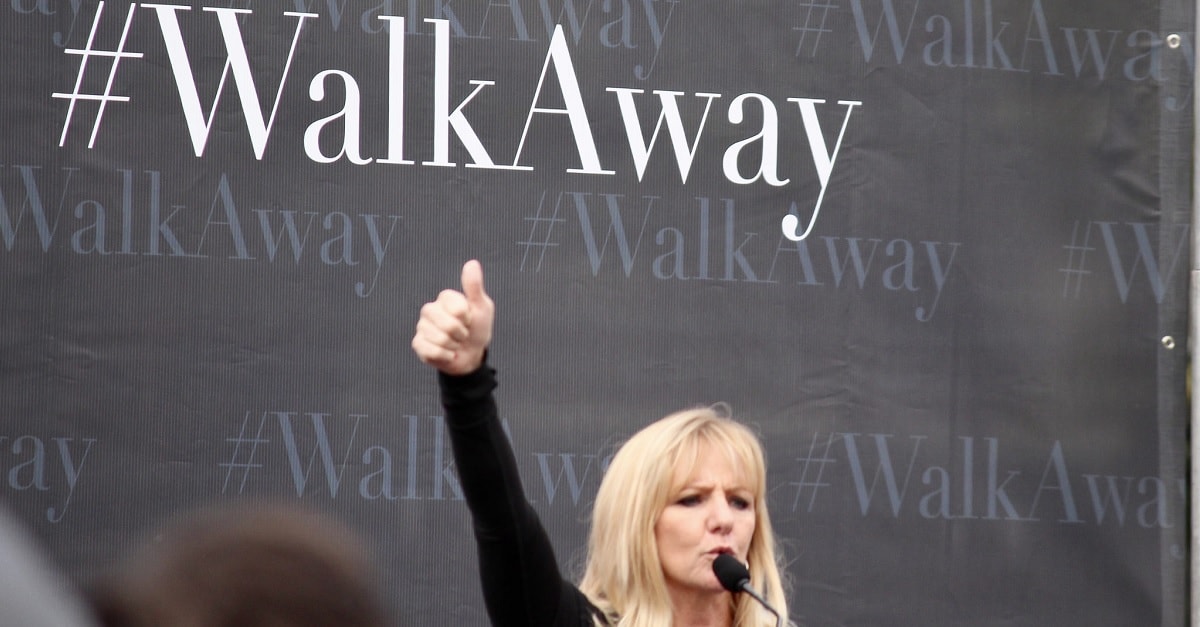 Why Democrats Should Be Terrified of #WalkAway Rally’s Success

Last week, I joined thousands of Americans in attending the #WalkAway march in Washington, D.C. Unless you caught President Trump’s tweet in support of the event, you might be unaware of its enormous success due to the virtual news blackout it received from the mainstream media. Fortunately, after attending the rally, it is abundantly clear to me that the drive-by media will be unable to ignore #WalkAway for long — this movement is definitely “high energy.”

If you haven’t heard of #WalkAway, here is some background. According to Calvin Freiburger at LifeSiteNews, the #WalkAway movement is the brainchild of New York City hair stylist Brandon Straka, a gay “former liberal” who left the Democrat Party after alleging it had “abandoned principles such as tolerance, equality, and open discussion that attracted people there in the first place.”

Freiburger continues, “The campaign’s primary means of promoting its message has been via written and video testimonials from former Democrats of various backgrounds explaining their political evolutions. In a little over a month it attracted tens of thousands of Facebook, Twitter, and YouTube followers, with the October 27 march meant to be its biggest statement yet.”

And what a statement it was!

I will say up front, I can’t say what portion of the rally’s over 5,000 attendees had only recently turned their backs on the Democratic Party. My guess is that many, like myself, walked (or ran) away from that kind of crazy a long time ago.

But regardless of the number of the movement’s practitioners now, it seems safe to assume it will only grow much, much larger. As was evident in the rally, #WalkAway’s energy is too powerful to stay bottled up.

The rally’s massive success was owed in large part to an incredible set of speakers assembled by Straka. This wasn’t your typical GOP rally filled with a bunch of stuffed shirts. Straka assembled a dream team of inspiring, passionate, and electric speakers that had the crowd going wild.

Some of my highlights from the event (which you may want to search for on YouTube) include Joy Villa firing up the crowd by dancing on stage with a “We Love Trump” banner, Pastor Burns’ thundering call for unity as Americans, YG Nyghtstorm sharing his incredible story of escaping poverty through faith and hard work (and when he hilariously made the crowd strike a Hulk pose), and Stacey Dash delivering a scathing rebuke of Democrat bullying.

I attend — and enjoy — many of the flagship conservative conferences that are held each year. But as much as I enjoy them, after attending them for many years, I concede it has started to feel like I’m watching reruns.

This rally was different. #WalkAway has a special kind of energy, and Republicans would be extremely wise to harness it. The crowd was fired up (even dancing), and the event fostered a unique sense of comradery among its participants. Congratulations Brandon Straka on launching this terrific movement, assembling such a powerful group of speakers, and throwing one incredible party. Democrats should be extra scared after this year’s Halloween!