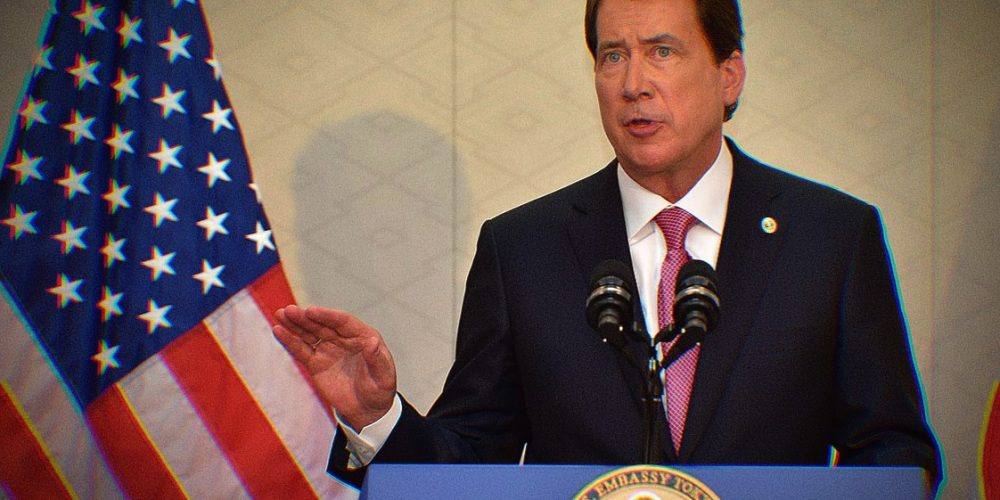 Bill Hagerty – an establishment RINO masquerading as a Trump-style populist to win a Senate seat in Tennessee – appears to have used the Department of Economic & Community Development (ECD) to garner political favor at taxpayer expense.

Hagerty’s resume epitomizes the swamp: he served as a member of President George H.W. Bush’s staff on the President’s Council on Competitiveness, was the Finance Co-Chair for Romney for President and worked on his Presidential Readiness Team, and Jeb Bush was his first choice candidate for President in 2016.

Even after Bush’s 2016 candidacy flamed out, Hagerty’s next choice was pro-amnesty Marco Rubio. He only came to support President Trump once he secured the nomination.

As commissioner of the taxpayer-funded Tennessee ECD, his hiring and firing decisions seem based on advancing his own interests, the modus operandi of the Bush and Romney ilk Hagerty’s aligned with for decades.

Hagerty hired and promoted two of Sen. Lamar Alexander’s children, alongside a Shariah finance specialist and ex-Obama intern. His actions are especially galling considering the ECD is meant to empower small businesses operating in Tennessee.

Shortly after Hagerty’s appointment as commissioner, he promoted Sen. Alexander’s son Will to ECD’s Chief of Staff.

And his favors even transcend Sen. Alexander’s immediate family: Alice Rolli, a former Lamar staffer turned campaign manager in 2014 while still on the ECD payroll, took over Will’s position when he departed.

Hagerty took the D.C. beltway’s nepotistic revolving door to Tennessee at a cost to taxpayers.

And another Hagerty-era hire was equally suspect.

The decision to bring on Samar Ali as Assistant Commissioner for International Affairs received considerable backlash from Tennessee Republicans.

And Hagerty’s remarks from a “First Tuesday” gathering alluded to his real motives for the hire: “When it was known we were looking to fill a position in our office, I got a call from her father asking me if I would look at her resume. Like any father, he would like for his daughter to move closer to home. I interviewed her for the job, and she was the best qualified.”

“Best qualified” is an interesting way to describe Ali, a former White House Fellow under Obama – which Hagerty made possible – and specialization in counseling clients on “Sharia compliant transactions.”

Ali’s father, for whom the favor was done, is on the board at the D.C.-based Jerusalem Fund think tank, an anti-Israel organization which under his auspices have hosted speakers who’ve denied Israel’s right to exist and promoted the Boycott, Divestment & Sanctions (BDS) campaign.

DC is already chock-full of people who exploit their power to advance their own interests and their friends’. And given Hagerty’s track record, it’s clear he’d do the same.