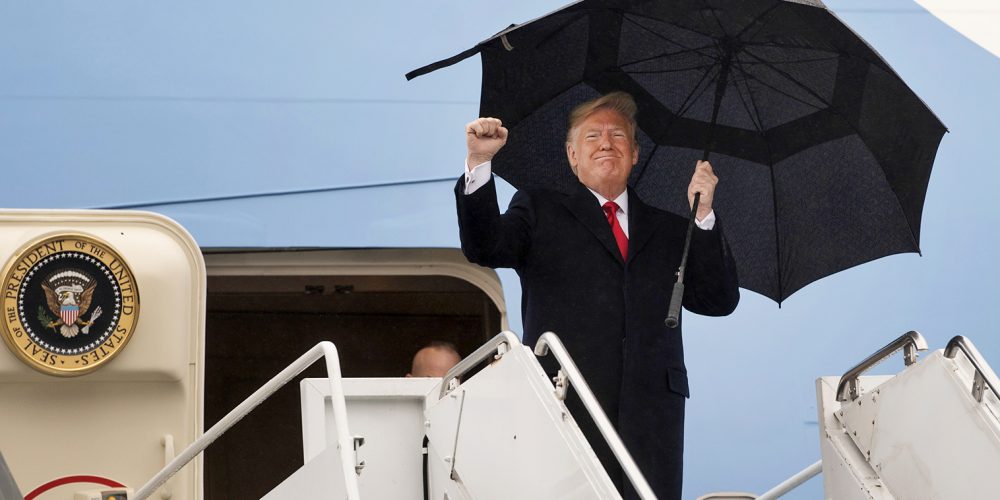 Donald Trump is Now the Youngest Man in the Presidential Race… Really.

Pete Buttigieg and Tom Steyer dropped out of the race for the White House, making President Donald J. Trump the youngest man in the Presidential race.

Upon his inauguration, President Trump was the oldest to take office, coming in at 70 years and 220 days old.

But the Democratic Party of America, consistent in having the charges they level at Trump come back to haunt them (think Ukraine corruption, having a billionaire take over their party, etc), look like they’re headed for another hypocrisy.

In 2016, left-leaning news anchors and Democrat operatives called Trump too old (and too white).

It’d be pretty hard for the Democrat slate of candidates to get much older (or much whiter).

Now, if elected, favorite Bernie Sanders would be 79, while former Vice President Biden and billionaire ex-Mayor Michael Bloomberg would both be 78.

Even the only competitive woman left in the race (sorry, Tulsi), Elizabeth Warren, would be 71.

Speaking to the media in 2019, President Trump said he felt like a “vibrant young man”, added about presumed candidate Joe Biden: “I look at Joe, I don’t know about him.”

Responding on The View, Biden said: “If he looks young and vibrant compared to me, I should probably go home”.

Biden is of course right. He should go home.

The former veep’s string of gaffes: including forgetting where he was, to whom he was speaking, inventing crazy numbers about U.S. gun deaths, rambling on about someone called ‘Corn Pop’, and the latest – forgetting the words to the Declaration of Independence – proves the near-octogenarian is beyond his best years.

“All men and women created by the.. by the.. you know, the thing?” pic.twitter.com/zURNcArObr

This weekend Biden told Fox News host Chris Wallace about working in the mornings: “I don’t know how you do it early in the morning.”

The Fox News Sunday show airs at 9am. Hardly the crack of dawn.