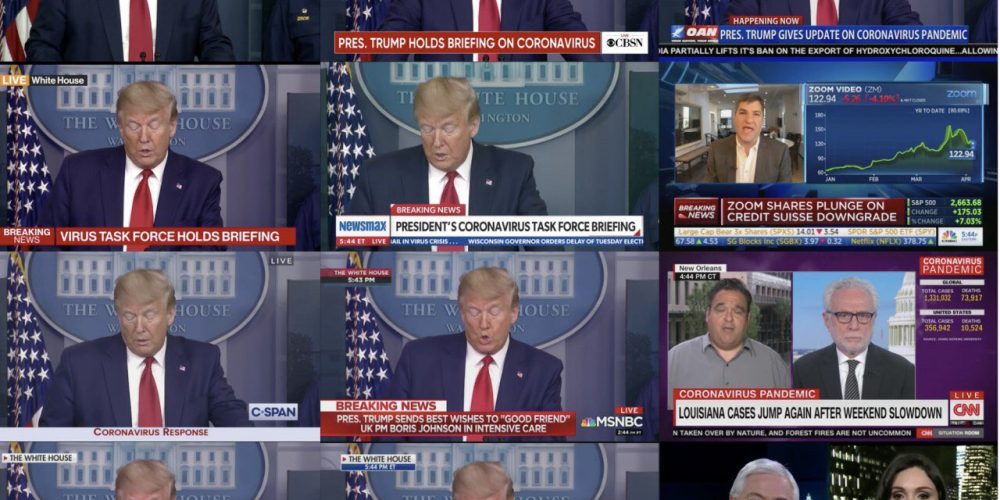 CNN has hit a new low.

The network refused to cover President Trump’s press conference, again, while the leader of the free world wishes allied leader Boris Johnson a speedy recovery after the latter was put in the intensive care unit suffering with the coronavirus.

Instead, CNN played pre-packaged clips and interviewed its own staff via Skype while the President spoke of the latest U.S. statistics, plans, and offered his best wishes to Prime Minister Johnson.

The only other networks not carrying the press briefing were CNBC, which understandably was taking news about the market movements, and Russia Today – a foreign propaganda network.

CNN is the enemy of the people. pic.twitter.com/QI4f9jqt6t

Surely CNN has decided for itself that it wants all the respect of the latter.

But it didn’t end there.

CNN’s White House Correspondent Jim Acosta wasn’t even in the room for the briefing, instead appearing on CNN from outside the White House while the president was speaking.

Acosta is often the first to demand a question, and complain when he is not afforded endless time to quiz the President.