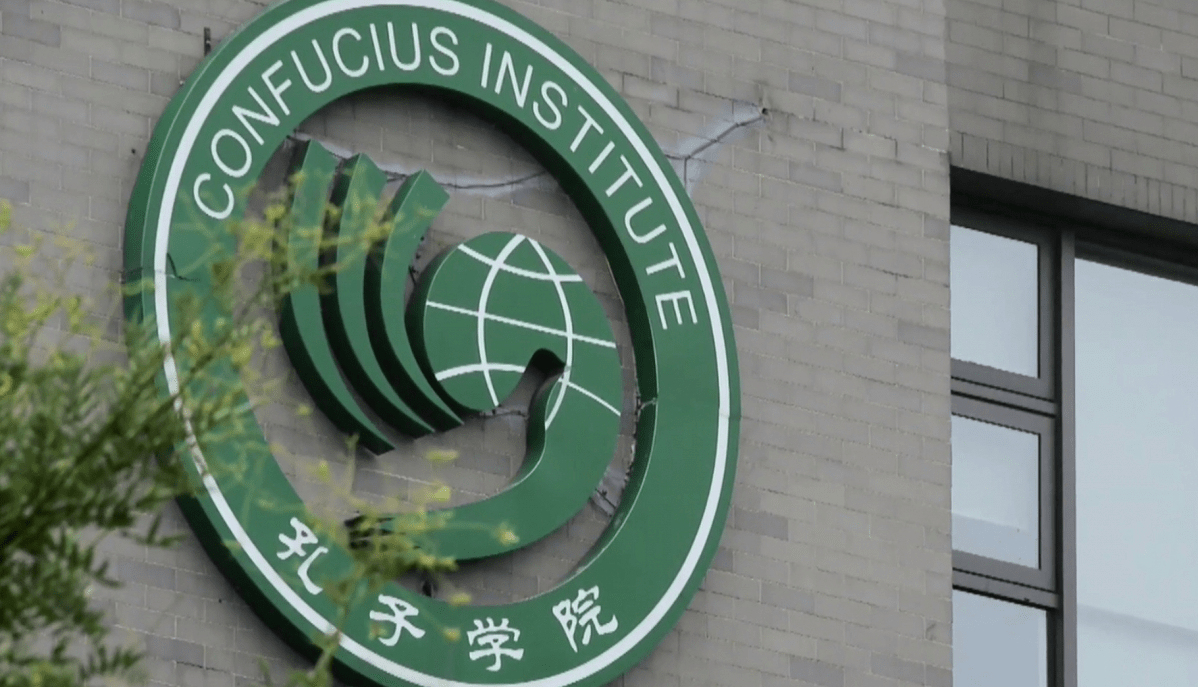 The well-funded, controversial operations disguise themselves as language and culture initiative despite being replete with “undisclosed ties to Chinese institutions, and conflicted loyalties,” Chinese state propaganda, and intellectual property theft , according to the Federal Bureau of Investigation (FBI) and U.S. Department of Justice (DOJ).

These suggested materials are all written by the Overseas Chinese Affairs Office of the State Council (OCAO), an entity funded and controlled exclusively by the CCP.

In other words: overt Chinese state propaganda is now present in hundreds of American schools.

OCAO is part of the regime’s United Front Work Department (UFWD), described by the U.S. government’s China Economic and Security Review Commission as “working to co-opt and neutralize sources of potential opposition to the policies and authority of its ruling Chinese Communist Party.”

“It is precisely the nature of United Front work to seek influence through connections that are difficult to publically [sic] prove and to gain influence that is interwoven with sensitive issues such as ethnic, political, and national identity. […] The goal of “overseas Chinese work” is to use ethnic, cultural, economic, or political ties to mobilize sympathetic overseas Chinese communities—ideally of their own accord—to advocate for the interests of the CCP and marginalize its opponents. The UFWD teaching manual directs operatives to win overseas Chinese over to the CCP’s side by emphasizing “flesh and blood” ties to China with the goal of securing political, moral, and financial support for the CCP.”

Not only is OCAO therefore dictating Confucius Institute content, bridging the gap between CCP propaganda and American classrooms, but the program is described as having “longstanding and formal ties to the UFWD.”

U.S.-CHINESE TEACHERS MUST ‘LOVE THE MOTHERLAND’.

Paramount for Hanban’s teacher selection criteria is “those who love the motherland” and are willing to “devote efforts in spreading Chinese culture at the school as well as within the local community and serve as an envoy for Chinese culture.”

While discussion on these propaganda fronts typically centers on the college and university level, a Confucius Institute “partnership” with the “Asia Society”, has paved the way for “more than 100 elementary, middle, and high schools located in 27 states and the District of Columbia” to launch “Confucius Classrooms” since 2009.

A U.S.-based advocacy group, the Asia Society, describes its mission as “preparing Asians and Americans for a shared future” and is favored by current and former high-level CCP officials.

The Asia Society also notes “this project has been established with the support of an Expert Advisory Committee.”

Members of this committee include CCP officials from the Chinese Embassy in Washington D.C. and the Chinese Consulate General in New York. High-ranking officials at Chinese universities with track records of cyber-espionage and intellectual property theft such as East China Normal University, Renmin University, and Wuhan University are also advising the program.

The Asia Society boasted of the accomplishment on their website:

“The International School of Tucson in Arizona and Pioneer Valley Chinese Immersion Charter School in Massachusetts, both members of Asia Society’s Confucius Classrooms Network, have been named Hanban Confucius Classrooms of the Year for excellence in teaching and learning, curriculum, cultural richness, community engagement, and extracurricular activities.”

Hanban also hosts an annual Chinese Bridge for American Principals Conference at its China-based headquarters, boasting: “172 educational officials and principals from mainstream primary and secondary schools from Washington, D.C and other 28 American states upon invitation” were in attendance.

Participants signed a “Memoranda of Understanding,” described as “laying a solid foundation for further cooperation and exchanges between schools from the two countries.”

The takeaway from the conference, voiced by President of Beijing Language and Culture University Liu Li, was increased “exchanges and cooperation in education between the two countries through the Confucius Institute.”

Cascade Elementary, however, is just one example of a much greater – and more menacing – CCP misinformation campaign.