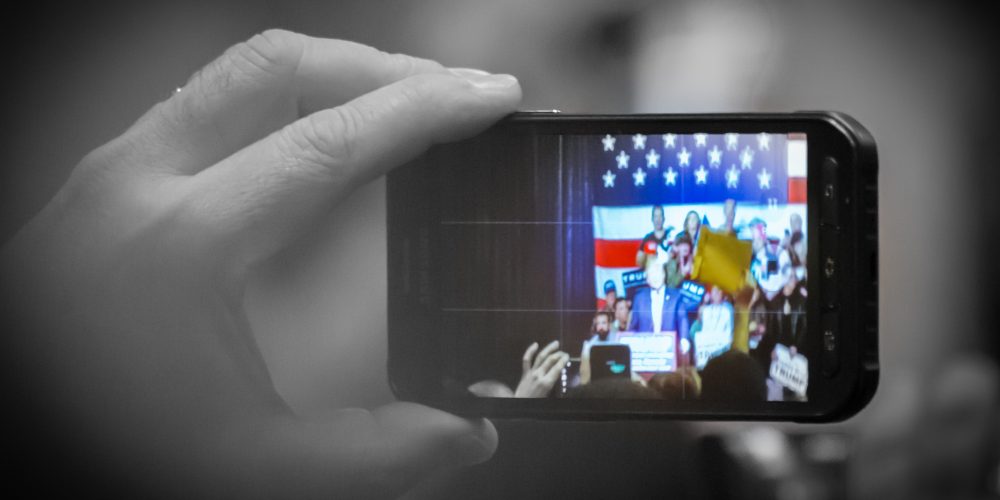 The United States is fighting an invisible enemy––and we all must continue to do our part to defeat this virus. Together, America will prevail.

As our Nation bands together to overcome this unique challenge, we know that another important challenge nears. It’s the race for The White House on November 3, 2020. And the Trump Campaign is preparing like never before.

We have to, because we’re facing a situation that no presidential campaign has ever confronted. Campaigning traditionally involves a great deal of in-person interaction, and that’s no longer possible for the time being. Fortunately, Team Trump has been breaking new ground in the realm of digital campaigning for years, so we were ready to ramp up those efforts when the pandemic struck.

Continuing its dominance in the digital space, the Trump Campaign has launched a free Trump 2020 Campaign app to engage, identify, and gamify our entire campaign operations across America.

The new Trump Campaign app is destined to be a game-changer in American politics.

The brand-new Trump app is an incredible way to engage with new supporters and target voters online. The app also ensures that our campaign can be less reliant on platforms like Facebook and Twitter in order to convey our message.

While our campaign continues to ensure the highest degree of safety during the coronavirus outbreak, the Trump app is ready to be utilized right now.

The Trump Campaign went 100% digital in less than 24 hours following the coronavirus pandemic. On the Trump app, every single virtual event––for new volunteers, current field organizers, and coalitions––is listed on the app and available for registration.

The app provides exclusive updates and news directly from the Campaign—allowing supporters to hear our message without the mainstream media spin. When virtual events go live on our multiple social networks, supporters will be the first to know through our app.

The new Trump app includes interactive ‘how to’ videos to inform supporters on how they can help re-elect President Trump.

Whether you become a Trump Neighbor Team Leader, enroll in our volunteer Trump Victory Leadership Initiative, or become a Bundler, this app masterfully integrates all of Campaign operations into one centralized location.

One example of this integration is Trump Talk, which allows volunteers to place voter contact calls from the safety and comfort of their own homes.

If you’re familiar with campaigning, you know that such integration of all operations never happens. This is just another example of Team Trump reshaping presidential politics through an unprecedented digital operation.

Receive Points & Rewards Along the Way

All of the above activities on the Trump app are gamified. This means supporters can receive points if they sign-up for virtual events, share the app with their friends, make calls, or re-share content.

Our supporters know how to help us find more supporters and they are rewarded for doing just that. It’s engaging, scalable, fun, and improves our Republican Party’s data along the way.

While we build our data and simultaneously recruit new supporters to join our Campaign—our competitors simply do not have the time or the ability to replicate this app.

First, their candidate is not Donald Trump, who is a disruptor fueling the record-breaking enthusiasm and historic support for our campaign. Second, the Trump app was developed over the past 4 years and built on the Republican National Committee’s voter file, which was developed and perfected years prior. This enables us to marry the information between the Trump app and our enormous voter file, which now includes more than 200 million voters. This Republican data is only getting bigger and better by the day, thanks to the great teamwork between the Trump Campaign and the RNC, led by Chairwoman Ronna McDaniel and Co-Chair Tommy Hicks.

By contrast, the DNC and Democrats never integrated their data like Team Trump and the Republicans.

With President Trump’s loyal supporters now engaging directly with our new groundbreaking app, we are truly an unstoppable juggernaut. The Republican Party and Trump Campaign are not slowing down heading into November. We are doing everything in our power to Keep America Great.