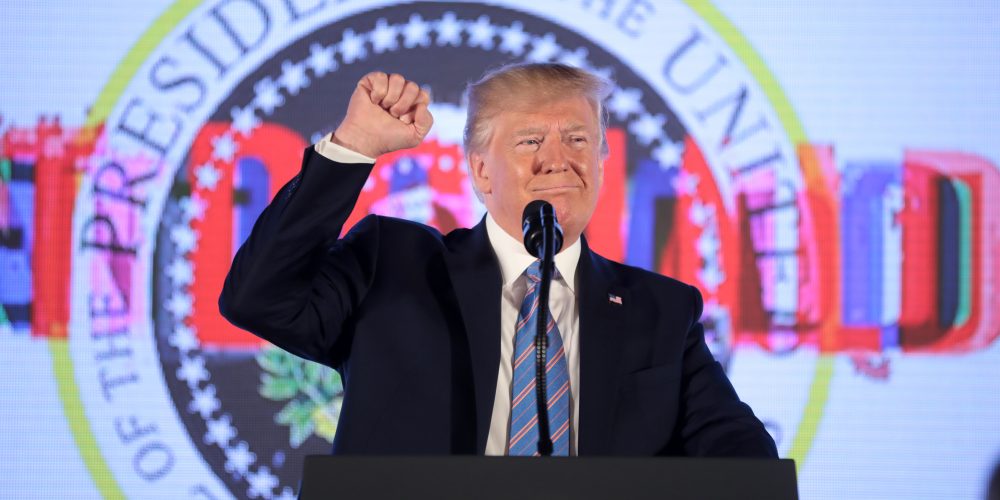 President Donald J. Trump’s approval numbers have notched up again according to the latest Gallup poll.

The pollster reported despite the impeachment hoax, Trump’s numbers are at an all-time high for them:

President Donald Trump’s job approval rating has risen to 49%, his highest in Gallup polling since he took office in 2017.

The new poll finds 50% of Americans disapproving of Trump, leaving just 1% expressing no opinion. The average percentage not having an opinion on Trump has been 5% throughout his presidency.

The 87-point gap between Republican and Democratic approval in the current poll is the largest Gallup has measured in any Gallup poll to date, surpassing the prior record, held by Trump and Barack Obama, by one point.

The Jan. 16-29 poll was conducted in the midst of the Senate impeachment trial that will likely result in the president’s acquittal. The poll finds 52% of Americans in favor of acquitting Trump and 46% in favor of convicting and removing him from office.

Additionally, 53 percent of those polled backed the recent military action in Iran, while U.S. consumer confidence is at the highest point in two decades.

According to Gallup: “Sixty-three percent of Americans now approve of the way Trump is handling the economy, up six points from the prior reading in November. It is the highest economic approval rating not only for Trump, but for any president since George W. Bush enjoyed stratospheric job approval ratings in the first few months after the Sept. 11, 2001, terrorist attacks.”

The Democratic Party, on the other hand, has experienced a slip in popularity.

In September there was a 48 percent positive opinion rating, which has fallen to 45 percent in early 2020.

Whether the rise in Trump’s approval rating and the Republican Party’s image is being driven by a backlash against impeachment, the strong economy or other factors may become clearer in the near future. If it is mostly impeachment-based, his approval rating may revert quickly back to pre-impeachment levels, as it did for Clinton. Within two months of his acquittal in February 1999, Clinton’s approval rating returned to where it was before he was impeached, as did the Democratic Party’s advantage in party identification and leaning.