Could We Have a Fourth Party Candidate? 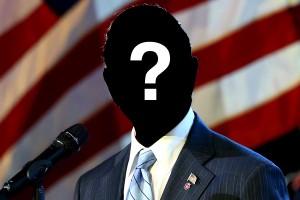 If you thought this election season could not get any crazier, think again. There are persistent rumors in Washington about a potential third and even a fourth party candidacy. Let me explain.

Should Clinton and Trump win their nominations, Michael Bloomberg is expected to jump into the race as an independent candidate. It is widely thought that Bloomberg would pull more votes from Clinton, tipping the race to Trump.

But lately, there have been credible reports that a more traditional conservative may also mount an independent general election campaign in order to appeal to center-right voters turned off by Donald Trump.

In a year in which the GOP is historically favored to win the White House, we could see a very unpredictable four-way race come November featuring Hillary Clinton (D), Michael Bloomberg (I), Donald Trump (R) and a conservative fourth party candidate. Both the left and the right would be divided.

The potential chaos could scramble the general election, preventing a winner in the Electoral College, thereby requiring the House of Representatives to determine our next president.