“I don’t like it when I see GOP lawmakers sharing Breitbart articles,” the Washington Examiner’s Brad Polumbo wrote, alluding to Florida Congressman Matt Gaetz. “They’re not a credible source and shouldn’t be boosted.”

Polumbo’s tweet garnered more replies than retweets, to the point where Polumbo had to mute his notifications and call anyone who disagreed with his take “alt-right” or “Frog Twitter.” A cursory inspection of the variety of replies shows this to be false.

Doubling down on his cowardice, Polumbo proceeded to block any and all opposition he couldn’t handle, including your present author.

Compared to the Examiner, Breitbart commands much more engagement and daily visitor time, according to Alexa.

Polumbo’s overexertion to appear serious or respectable is telling. Whatever his self-worth, Polumbo can’t go long without making statements like this that ostensibly aim at a target, but also conveniently tell us how he is its noble inverse.

But what about his own digital activity?

It’s easy to imagine Polumbo losing his prominence within the respectable Washington, D.C. conservative establishment if his comments were aimed at women. We have rightfully removed the objective sexualization of the fairer sex from our political discourse, so we shouldn’t tolerate it being directed towards men either.

Herein lies the larger point about Polumbo: a symbol of the establishment and where it is attempting to steer the grassroots of the movement. This well-heeled force is known as Conservative Inc., made up of the same corporatist flunkies that opposed President Donald Trump’s 2016 campaign to the bitter end.

Conservative Inc sacrifices any remnant of traditional values or national sovereignty on the altar of managerial capitalism. In exchange, this warmed over neoconservatism promises high-roller support for Republican Party candidates and spokespeople who can rouse just enough of the dissenting college campus youth to perpetuate a facade of legitimate public debate.

Polumbo, an atheist who says that “either God designed homosexuality or He doesn’t exist,” who calls the ban on transgenders in the military “aggression,” calls for the removal of Confederate monuments, wants major reform of the electoral college, and erroneously downplays the need for border security by hyping gossip reporting from the New York Times.

He’s called for the pro-life movement to drop its argument of life from conception and to support, yes support, the “morning after” abortion pill. He’s taken the vacuous position of former Republican Michigan congressman Justin Amash on impeachment of President Donald Trump.

What is conserved by these pronouncements? What is advanced? The Polumbo ideal of conservatism is ever-more concern-trolling and gatekeeping, which amounts to no future at all.

Thankfully, grassroots leaders like Michelle Malkin are proving that there is another path for the conservative movement.

Despite being on the receiving end of Polumbo’s signature “clickbait virtue signaling” attack, Malkin is rising in popularity among the dissident right wing youth.

In fact, almost no target of Polumbo’s suffers for long, if at all.

His bubble of influence seems on the verge of popping, though probably no one will hear it. May it be so for all of Conservative, Inc. 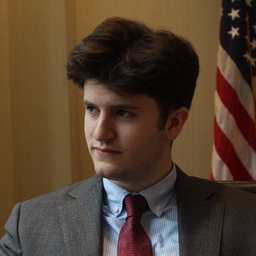