Why The Debt Ceiling Matters To Deplorables.

With the extension of the U.S. debt ceiling looming, ones head can spin listening to explanations as to why it is important to do the extension or not. At some level, most people understand the concept of too much debt and living beyond ones means. The difficulty is that these conversations quickly become mired “in the weeds” with the jargon of economists and Wall Street types. The listeners and readers quickly lose interest. The numbers are huge, but isn’t the deficit about other people?

The answer is no.

It is about us, collectively. But the impact will be felt disproportionately by each person, and each family.

Let’s start with the foundation. Our financial system is underpinned entirely by debt.

If you take a dollar out of your wallet, you will see that it says “Federal Reserve Note”. That means that someday, someone might repay the underlying debt that is behind the issuance of the dollar. It was not always that way. Not too long ago, dollars could be converted into physical silver at banks. Countries could convert their dollars into physical gold.

As the U.S. approaches $30 trillion in debt, the prospects of the debt being repaid are rapidly fading in the rear-view mirror. The financial system is rigged against the average person. It is many interwoven cons, some of which have European roots going back 250 years, metastasizing into a gigantic wealth harvesting machine victimizing the ordinary citizen in favor of the operators of the “machine”.

So what does that dollar mean to you? The piece of paper represents an unfinished transaction. You don’t need to understand the intricacies of the “cons”. You just need to take actions that are founded on this concept.

When two people enter into an exchange of goods and services, it would be rare for both people to concurrently desire exactly what is being traded and in identical quantities. If I am selling potatoes and the other person is selling oranges, we need some medium of exchange to effect the transactions. That medium of exchange is the dollar (or other “fiat” currencies).

One person can exchange that dollar for what they desire now, and the other can do something similar. Conversely, they might put the dollar away in some form of savings (under the mattress, savings account, etc.). The holder of the dollars relies upon such phrases as “the full faith and credit”. It is assumed that the currency can be used to complete the unfinished transaction by immediately purchasing other goods and services or deferring the completion to a later date such as retirement. In both cases, the core belief is that the amount of goods and services obtained now or later will be roughly the same.

That has always been the case whenever paper money has been employed.

Dozens of cultures and governments have tried it. The scheme always starts out positively…”trust me”, “full faith and credit”…that sort of blather. It always fails. Humans can’t be trusted to not abuse the system. The amount of real goods and services to loot is always too tempting. There are no examples of fiat currency schemes surviving. None.

Since the dollar is an unfinished transaction, it represents a future claim on goods and services. The problem with runaway deficits and accumulated debt is that we create excessive claims either digitally or with a printing press. If you hold a dollar and 100 more are created, you now have 101 claims against a fixed amount of real assets and services instead of one. Therefore, savers have been savaged by the policies of central banks.  Not only was income on these accumulated claims dramatically reduced, but the number of claims has also risen dramatically.

They call that loss of purchasing power. The U.S. has $30 trillion of debt on the books, but another $200 trillion in unfunded promises. Other large countries are in similar straights. All of those claims will be looking to be converted into something real. Unfortunately, the supply of goods and services cannot grow to meet such numbers. What happens is that owners of goods and services will be asking for more claims (dollars), and that is inflation. Slow at first, exponential at the end as the con is exposed.

So, what can the average person do? You need to hold currency to effect everyday transactions, but you need to convert any excess into something real. Complete the unfinished transactions before others do so. Each person has to decide what forms the conversions take, but it is imperative to do so to minimize the loss of purchasing power.

Is it inevitable? Not really. We could be the first nation in history to claw our way back toward sound financials. It will involve a lot of pain and sacrifice. Not raising the debt ceiling is the key to starting that journey. If not, all fiat currencies will collapse as has happened in the past wiping out unprotected accumulated savings. 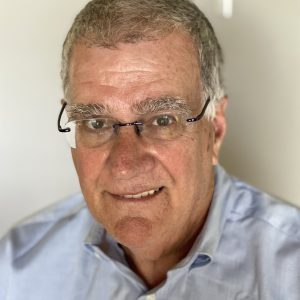