The third annual award is handed to a massive institution that is changing the shape of politics in New York, the nation, and overseas.

The National Pulse is delighted to announce the winner of our third, annual Patriot(s) of the Year Award: The New York Young Republican Club (NYYRC) – a revived political institution that is changing the nature of the right-wing political fight in New York state, the nation as a whole, and indeed around the world.

The club – which celebrated its 111th birthday this year – has not just come to dominate conservative politics in New York state and the surrounding areas, but has also become a beacon of best practice for conservatives around the country.

Led by Gavin Wax and Vish Burra, the New York Young Republican club has recently earned hysterical and breathless attacks from the discredited Southern Poverty Law Center, CNN, MSNBC, and the entire left-wing information ecosystem. It is abundantly evident that in the recent, explosive growth of the club, the NYYRC is terrifying the political left both in New York, and nationwide.

The NYYRC’s influence also stretches far overseas, with politicians and political figures from around the world flocking to their annual gala in Midtown, Manhattan – a new hub for right wing networking in the United States each year. 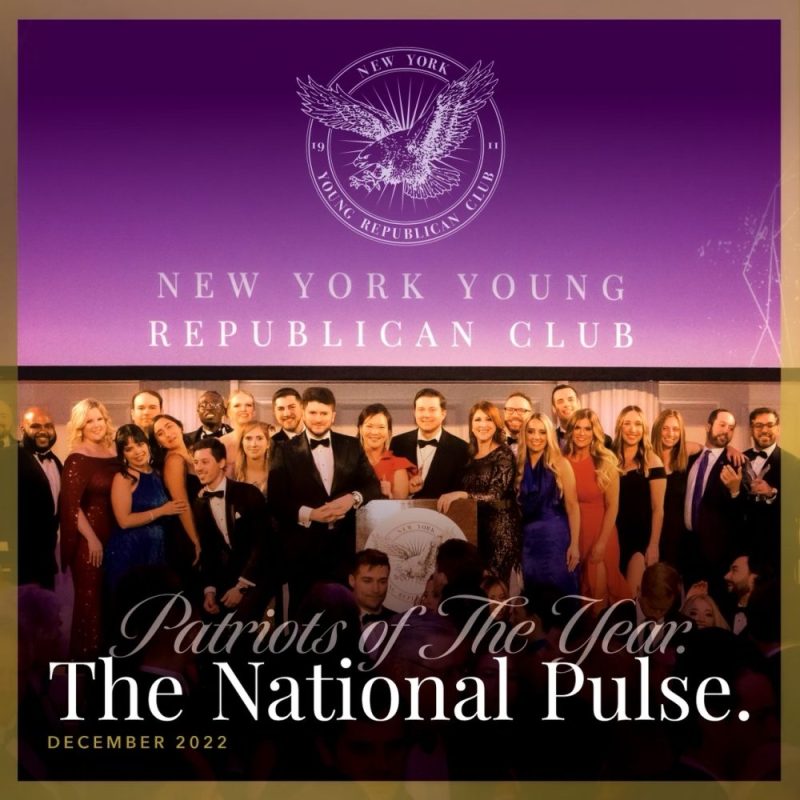 While the club thrived for much of its life, it was sadly allowed to dwindle and rot away under the stewardship of establishment Republicans in the city, until Mr. Wax and Mr. Burra breathed new life into it, at the height of the Trump era.

The club’s historic, peak membership was around 5,000 – and had withered away to below 90 before Wax and Burra reignited the conservative flame from their clubhouse in Manhattan – a project set to grow in the coming years.

Now, the club boasts over 1,200 members and is growing rapidly and hosting almost weekly events, with this year’s gala exceeding all prior, modern standards. The event – featuring Donald Trump Jr, Marjorie Taylor Greene, Jack Posobiec, Rudy Giuliani, Steve Bannon, James O’Keefe, and more – was such a thorn in the side of the political left in New York City, that dozens of protesters lined Park Avenue in opposition to what they called the inherent “fascism” of the club’s supporters, much to the delight and amusement of attendees. Far-left activists even paid money to attend the event, writing hit pieces about it in the aftermath, leading to a spate of new donations and public awareness of the organization.

Additionally, the NYYRC even helped to raise over $20,000 for the Tunnel to Towers charity this year, via their 5km Manhattan run.

The club’s success cannot simply be attributed to Wax and Burra, though without their leadership, none of their turnarounds in fortune and influence would have occurred. In fact, the entire executive committee of the club have been instrumental to the impact it has had, on New York, and the rest of the country.

Recently, the NYYRC announced its early endorsement of President Donald J. Trump for 2024, leading to a now-corrected hit piece in the New York Daily News.

More about the club’s rich and storied history can be read here, including the future political fortunes of many of its founders and members. Recently, President Trump himself wrote to Mr. Wax, referring to him as a “great future president.”

To that, The National Pulse says, “Hear hear.”