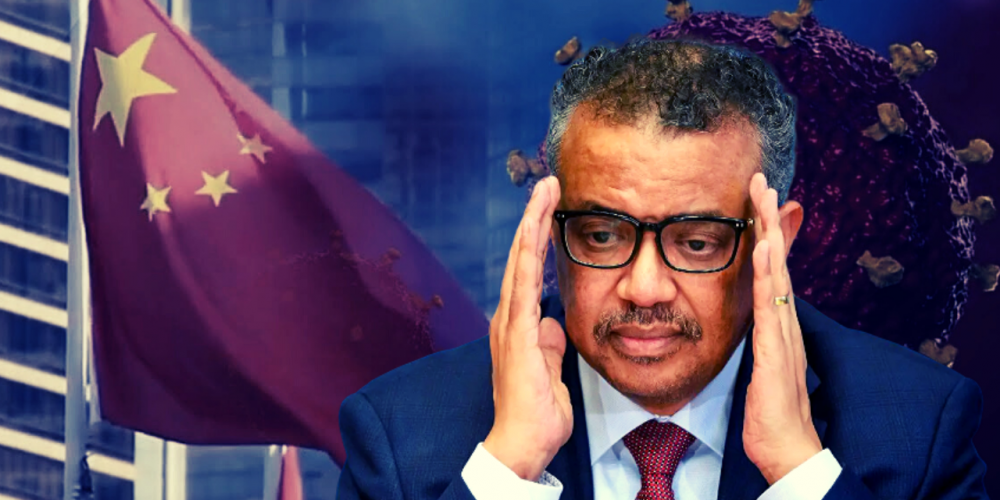 The World Health Organization’s pro-Chinese Communist Party cover-up was so blatant that even the left-wing Wired magazine had to eat crow over it.

As Wired reluctantly points out, the evidence that the World Health Organization (WHO) was engaged in malfeasance on behalf of the Chinese Communist Party (CCP) became sufficiently convincing with merely a tweet.

Preliminary investigations conducted by the Chinese authorities have found no clear evidence of human-to-human transmission of the novel #coronavirus (2019-nCoV) identified in #Wuhan, #China🇨🇳. pic.twitter.com/Fnl5P877VG

On January 14th the WHO audaciously and ludicrously claimed there was no clear evidence of human-to-human transmission present in SARS-CoV-2, which causes the COVID-19 disease.

Setting aside caveats and jargon, the WHO essentially broadcast to a reliant world that the CCP Virus couldn’t spread from human-to-human. This statement was made 18 days after a group of doctors notified health officials of a disturbing cluster of illnesses. It was made 14 days after both the CCP and the WHO were officially notified.

To suggest that WHO merely blew the call—or didn’t know—strains credulity.

To find the source of the pro-CCP cover-up, one need look no further than Dr. Tedros Adhanom Ghebreyesus.

Dr. Tedros has a checkered history that makes him the ideal target of CCP influencing campaigns.

He was the Health Minister for the Marxist Ethiopian government, a position where he worked closely with China, which invested heavily in Ethiopia in myriad fashion.

As part of his tenure, Dr. Tedros allegedly covered up three separate outbreaks of cholera.

The New York Times reported a now eerily familiar story in 2017: “United Nations officials said more aid could have been delivered to Ethiopia had the truth been told.”

Could more lives have been saved if Dr. Tedros’s WHO had told the truth about the CCP virus? Undoubtably.

Wired reported this week: “…the organization could have performed better in the early stages of the contagion, and there’s at least some reason to suspect that people at WHO knowingly and consequentially misled us.”

Additionally, as part of the most recent pro-CCP propaganda campaign, Dr. Tedros stated: “China is setting a new standard for outbreak response”.

Dr. Tedros may be right.

If the WHO is allowed to exist in its currently corrupt state, then a standard of covering up deadly viruses, fudging numbers, and disappearing doctors for trying to spread the truth might indeed become the “new standard.”

And the CCP propaganda cannot stop spilling from Tedros’s mouth.

"Yesterday, Wuhan, 🇨🇳 reported no new cases for the first time since the #COVID19 outbreak started.

Wuhan provides hope for the rest of the world, that even the most severe situation can be turned around"-@DrTedros #coronavirus

The WHO announced on March 20th that China reported no new cases coming out of Wuhan. Evidently, the WHO is the last group of people alive who still believe China is telling the truth about their numbers. They even went so far as to claim China offers hope for the rest of the world.

When Dr. Tedros and the corrupt organization he leads were called out by President Trump, the WHO responded with nothing short of blackmail: “Please don’t politicize this virus,” Tedros said. “It exploits the differences you have at the national level. If you want to be exploited and if you want to have more body bags, then you do it.”

Tedros is speaking from experience.

He politicized this virus in favor of the Chinese Communist Party. Because of him there are over a hundred thousand body bags about to be filled with the loved ones of countless different families around the globe.

He cared more about shifting geopolitics in favor of the CCP, and the CCP shared his concern.

This is precisely why America should withdraw funding and commit money to forming a new health entity to coordinate responses to epidemics and pandemics in the future. This new organization should stand proudly for Western principles, because those are the only values which can be shared by the world.