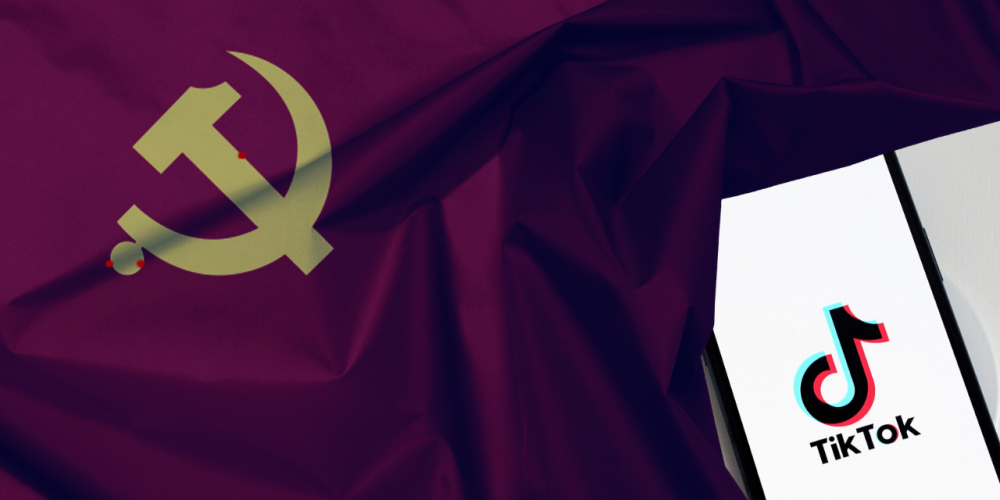 One of the side effects of the coronavirus pandemic has been a multitude of viral videos showing hospital nurses singing and dancing. For some, these “TikTok nurses” have brought joy in dark times, while others say that these videos are demeaning to the medical profession. Lost in the discussion, however, is the dark side of the video sharing app itself. What do we really know about TikTok?

TikTok is a social media platform that allows users to upload short videos, setting them to music or adding augmented reality flairs. It has proven extremely popular with Millennials and Generation Z.

At the time of writing, TikTok was the #2 free app in both the Apple App Store and Google Play Store, trailing only Zoom – another Chinese security threat.

Tens of millions of Americans have downloaded and installed TikTok since it became available in the United States in August 2018, with millions more downloads worldwide. The app fills the void left by Vine, a short video app that was gobbled up and eventually discontinued by Twitter.

In late 2019, a class action lawsuit claimed TikTok “clandestinely… vacuumed up and transferred to servers in China vast quantities of [U.S.] private and personally-identifiable user data”.

TikTok is the brainchild of Chinese entrepreneur Zhang Yiming, who founded a company called ByteDance in 2012.

At first, ByteDance built a popular news app powered by AI-driven recommendations, but Zhang saw the potential of using the same engine for social media content as well. To that end, ByteDance launched a video sharing app called Douyin in China in September of 2016. In August of 2018, they purchased Shanghai-based Music.ly, which already had a presence in the United States. By merging the two apps, the company created TikTok, and it became an immediate worldwide hit.

Today, it’s the most popular social media app in the world, which has made ByteDance the most valuable startup in the world. Zhang Yiming himself is now worth over $16 billion.

In addition to receiving funding from numerous venture capitalists, TikTok has allied itself with influential celebrities and corporations in America. In late 2019, for example, TikTok and the National Football League announced a partnership that involved posting official NFL highlights on the platform while encouraging teams and players to use the app to connect with fans.

While any TikTok user is free to create and upload whatever they want, the heart of the application is its AI-powered recommendation system.

Like the algorithms used by Facebook, YouTube, and other platforms, this AI system evaluates what you watch and like and uses that information to recommend new videos that you might also like. Figuring out how to use that algorithm correctly is what makes or breaks a content creator. While these algorithms usually do a good job of anticipating what a user might enjoy, they are ultimately controlled by human programmers, and those programmers answer to higher powers.

While the potential for political interference from American companies such as Facebook, Twitter, and Google is bad enough, the threat of TikTok is multiplied by the fact that they are controlled by the Chinese Communist Party.

While Chinese CEOs such as Zhang consider themselves independent, an event a few years back shows who holds real power in this arena.

In April 2018, the Chinese government forced ByteDance to remove a joke app for what it called “vulgar content”. The Chinese Communist Party also compelled Zhang to issue a letter of apology, in which he admitted that the app was “incommensurate with socialist core values.” He was made to adjust the algorithm in order to promote more “authoritative media content”.

Tens of millions of Americans rely on the TikTok algorithm to deliver entertaining videos to their smartphones. The Department of Justice spent three years and millions of taxpayer dollars investigating claims that Russian agents bought a handful of Facebook ads in order to influence the 2016 election, but platforms such as TikTok have an exponentially greater reach, which means a greater potential for interference.

TikTok already censors certain videos within China, such as the Tiananmen Square massacre and the ongoing protests in Hong Kong.

Curiously despite the app hosting millions of videos, this is what happens when you search for Tiananmen. (Though this could just be because I’m old and don’t understand how to use the app.) pic.twitter.com/HTkCOHxx3R

The danger goes beyond blatant censorship, however.

The recommendation system could, for instance, promote videos that support a certain politician or party while burying those that support others. Even more insidious is the potential for subtle voter manipulation: the algorithm could easily be tweaked to display ads or videos reminding users to vote that are targeted toward supporters of only one party.

This danger has not gone unnoticed by the U.S. government.

Last fall, Senators Tom Cotton and Chuck Schumer requested a review of the app from the Director of National Intelligence.

The senators shared concerns about Chinese oversight of TikTok and its parent company, writing that, “TikTok reportedly censors materials deemed politically sensitive to the Chinese Communist Party, including content related to the recent Hong Kong protests, as well as references to Tiananmen Square, Tibetan and Taiwanese independence, and the treatment of Uighurs. The platform is also a potential target of foreign influence campaigns like those carried out during the 2016 election on U.S.-based social media platforms.”

In response to the review, the Department of Defense advised US military leadership to ban the app from all government-issued devices.

Some commands even suggested that people remove the app from their personal smartphones as well. Beyond the potential for manipulation, there always remains the very real possibility that the Chinese government would be able to gain access to the massive amount of data that apps such as TikTok collect about their users.

The war of information between the United States and the Peoples Republic of China has been heating up due to the coronavirus pandemic that began in Wuhan, China. Chinese propagandists have been working overtime to discredit any suggestion of Chinese culpability while promoting conspiracy theories blaming the United States for the virus.

The fact that the most popular social media app in America is entirely controlled by the Chinese Communist Party should worry us all.