Happy Election Day! With voting set to conclude this evening — make sure to vote if you haven’t already! — it’s time to reveal our predictions for who will be sworn in next January as the 45th President of the United States.

Will it be Donald Trump? Or will it be Hillary Clinton? Here’s what our writers think:

A surprise upset in Wisconsin, plus key wins in the swing states of Florida, North Carolina, and New Hampshire, propel Donald Trump to a 10-point electoral college victory. 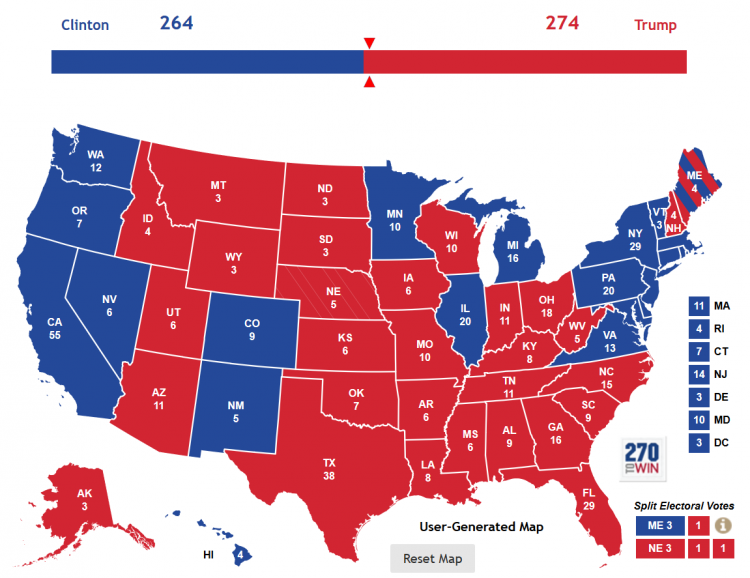 Hillary Clinton’s advantage in early voting, plus an uptick in Hispanic votes, is enough to push her over the top in Florida and Nevada while preventing Trump upsets in Pennsylvania and Michigan. 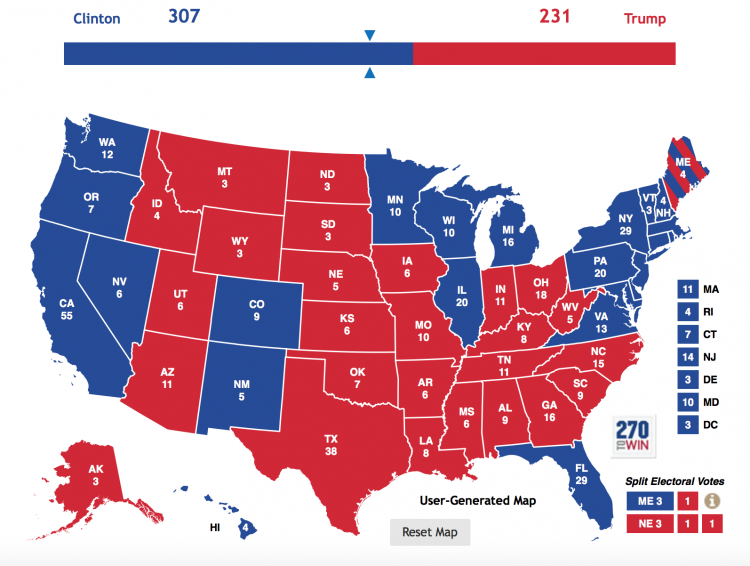 Donald Trump ekes out a close win in Florida while using high turnout from working-class whites to pull off upsets in Colorado, New Mexico, New Hampshire, and Maine’s 2nd congressional district (ME-2) — enough for an 18-point electoral college victory. 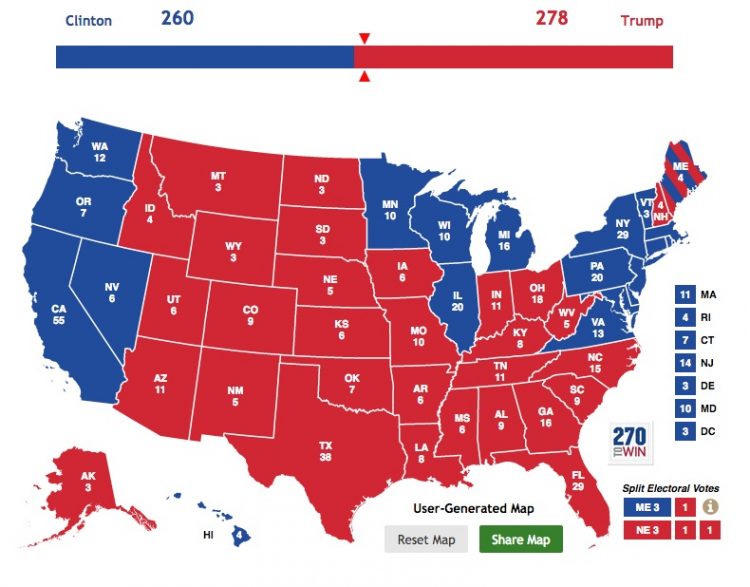 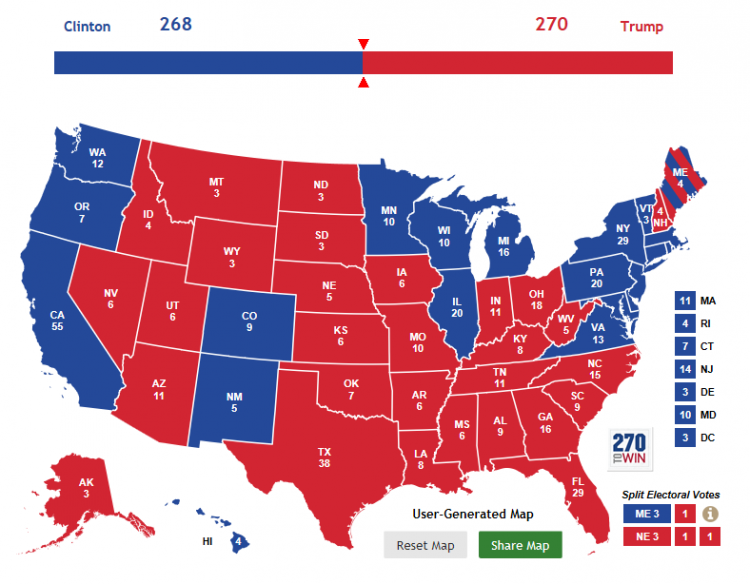 Victories by Donald Trump in Florida, Nevada, and New Hampshire are not enough to breach Hillary Clinton’s firewall, as she wins North Carolina and the White House. 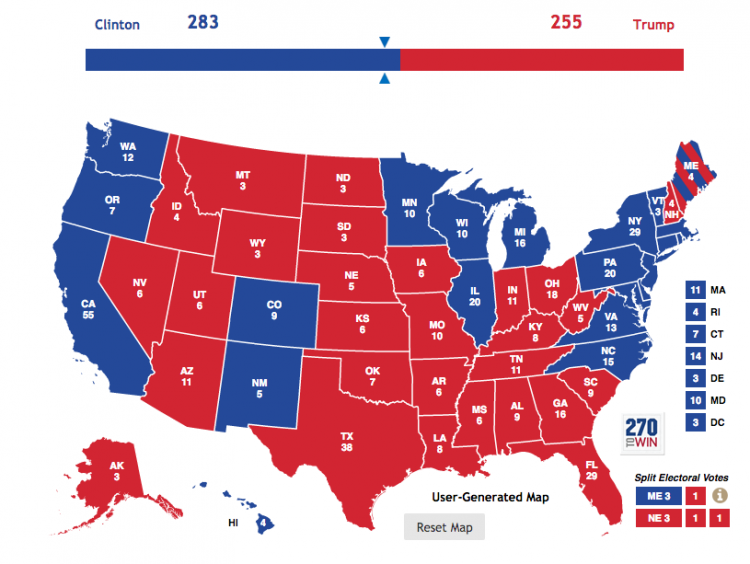 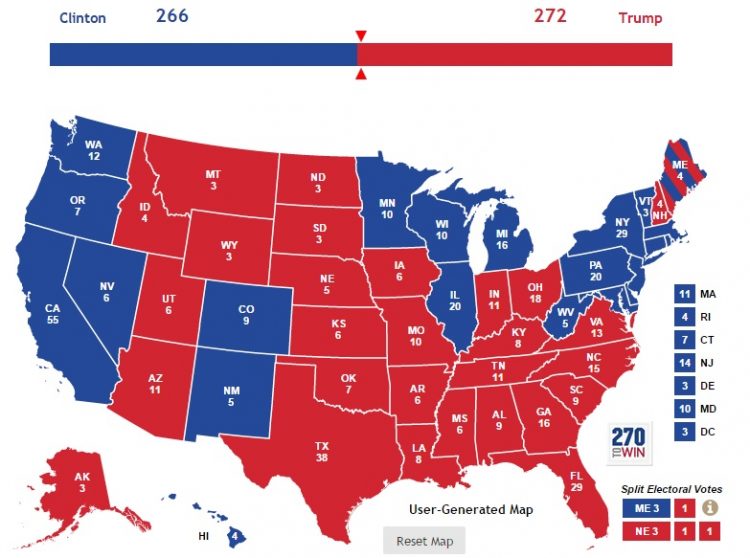 It’s a Trump wave! The Donald wins almost every swing state, including big upsets in Pennsylvania, Michigan, Colorado, and New Mexico, on his way to a substantial electoral college victory. 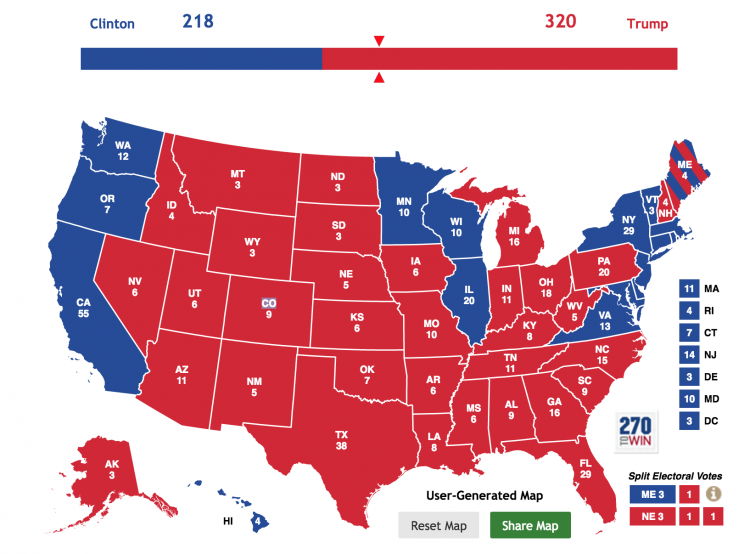 A late break by many undecided voters toward Hillary Clinton, plus a superior get-out-the-vote effort, doom Trump in Florida and North Carolina while fueling a significant electoral college win for the Democrats. 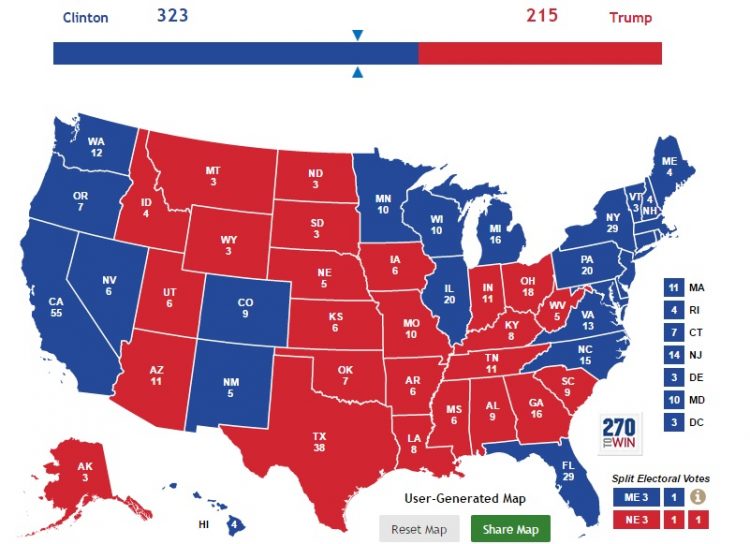 A Michigan upset for Donald Trump, added to wins in Florida and North Carolina, gives the Republican a comfortable 34-point electoral college victory over Clinton. 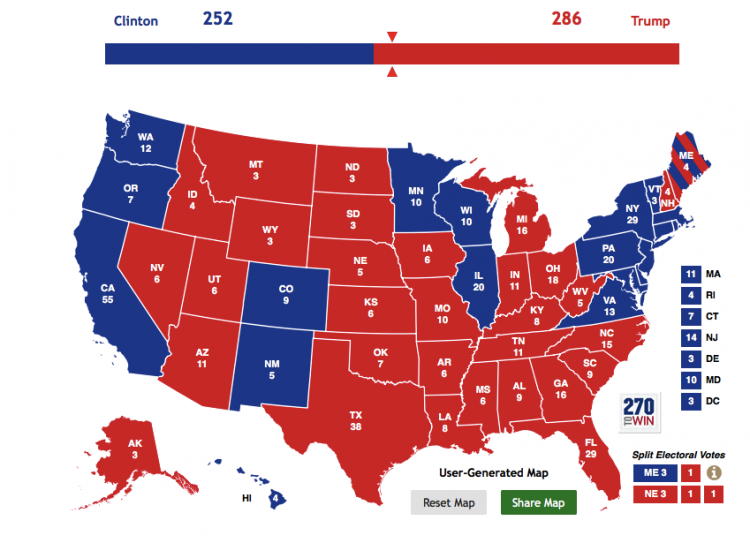 It’s the dreaded electoral college tie! Donald Trump gets swing state wins in Florida, North Carolina, Colorado, and ME-2, while Hillary Clinton pulls off victories in New Hampshire and Nevada to send the presidential race to the U.S. House of Representatives for the first time since 1824. 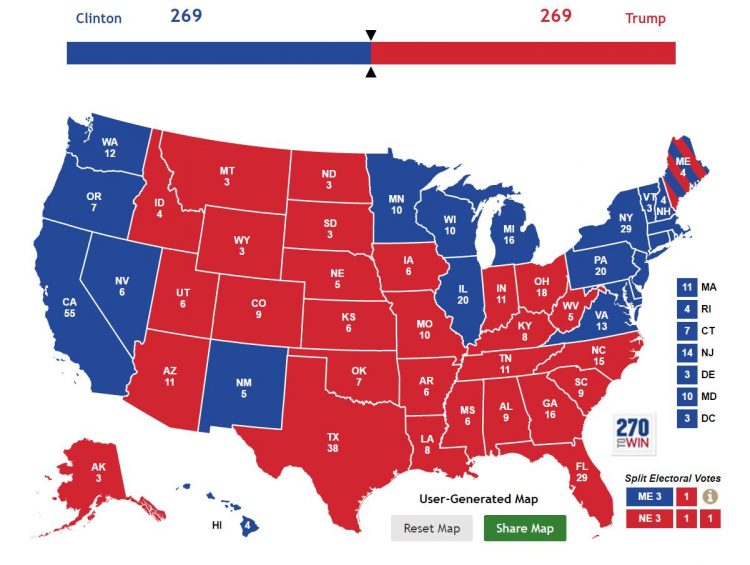 For those of you keeping track at home, that’s 6 predictions for Donald Trump, 3 predictions for Hillary Clinton, and 1 prediction of a tie. Tune in tonight to find out who was the most accurate!